The Haslingden Conservative Club, started out life in George Street, at what is now the IDL Club (see photo on right), and then later they moved to their purpose built club in John Street (Click on photo on left to enlarge - Thanks to Clifford Hargreaves for photo).

And this is a photograph (left) is of the actual Stone Laying at the "New Conservative Club in John Street. The photo on the right was the feature in the stairwell. The new club was built in 1909 and was demolished in 1997.


We are thankful to Mr. Fred Scott who took these photos shown below only days before the Club was demolished. (Click over photo to enlarge).

And here below is the more recent Haslingden Conservative Club in the premises of the Old Co-op Bank on Bank Street...   Since writing this, the Club has now finally closed its doors on New Years Eve 2009. 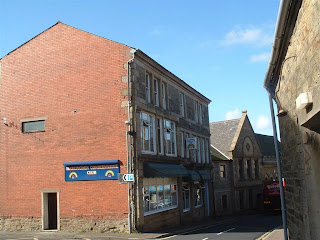 I have recently added (1st Feb 2011) this fabulous early day article kindly sent in by Jackie Ramsbottom on the move of the Haslingden Conservative Club from George Street to John Street. (please click over article once to enlarge, then click over again to supersize) 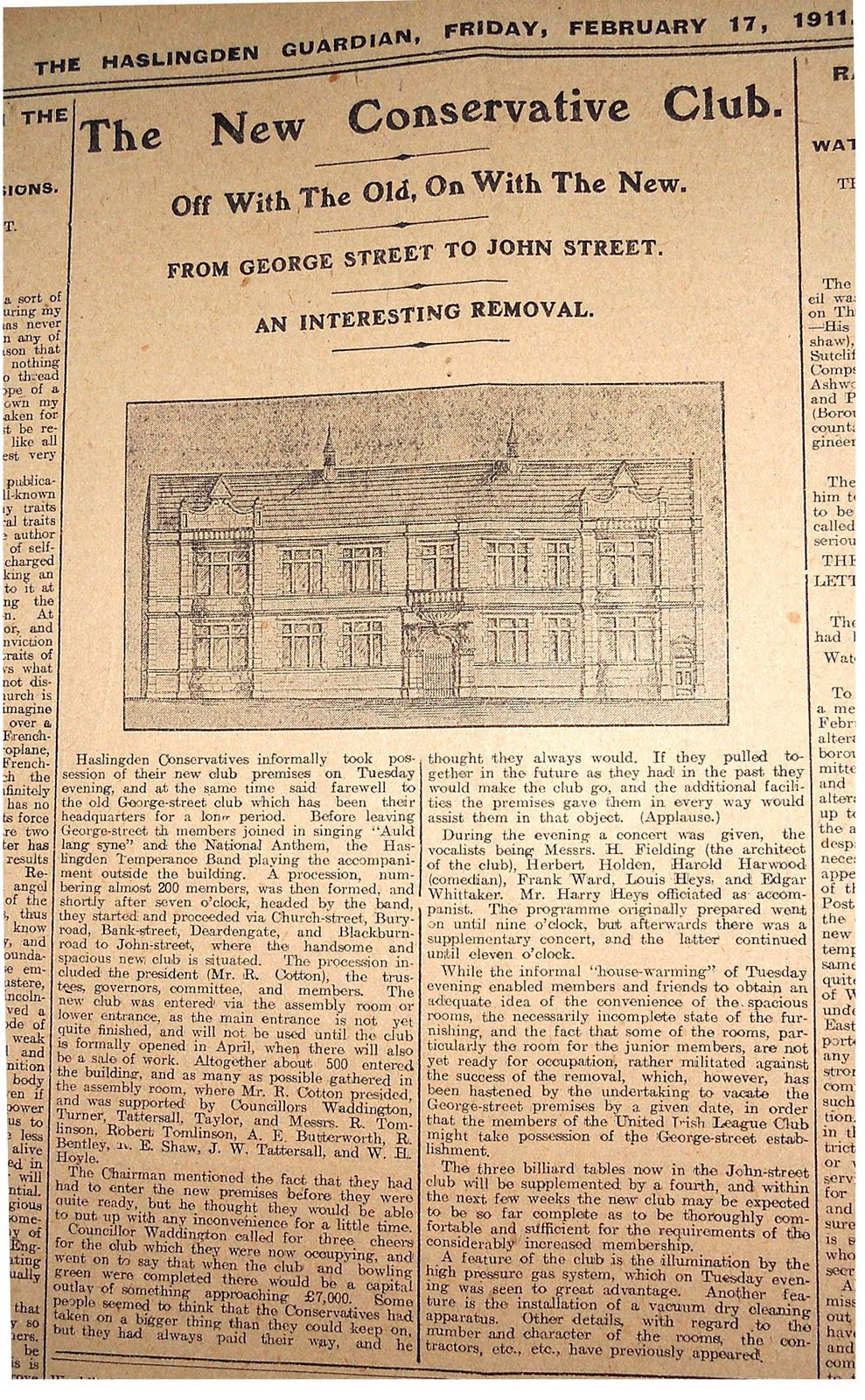