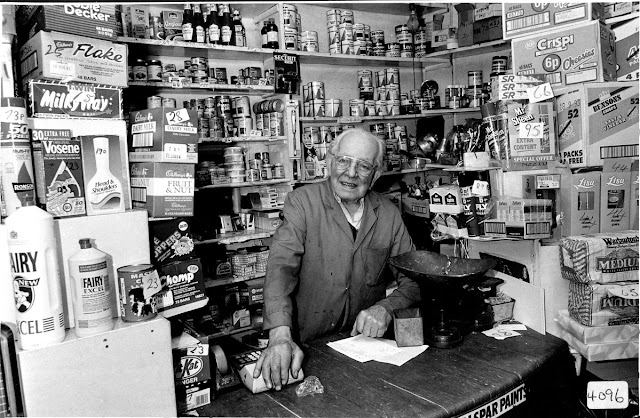 Fred Holden in his shop on Blackburn Road (opposite Maudlin Bank) 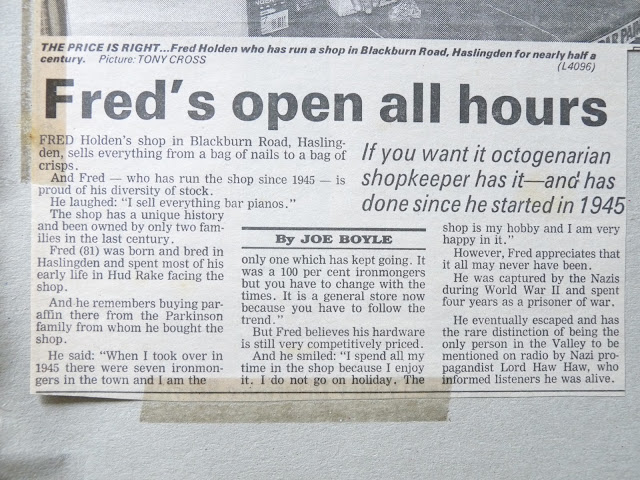 Went there for dad's irons

Nails and screws sold by the pound

Was it 212 Blackburn Road

Had a Alsation dog called Mandy

He travelled to Blackburn twice a week to play bingo.

We lived next door when Fred and his wife would come into our house on New Years Eve and would sing carols and songs.

If we took stuff to bin we had to go in shop and tell Fred who would then secure the dog so we could go to bin in joint yard.