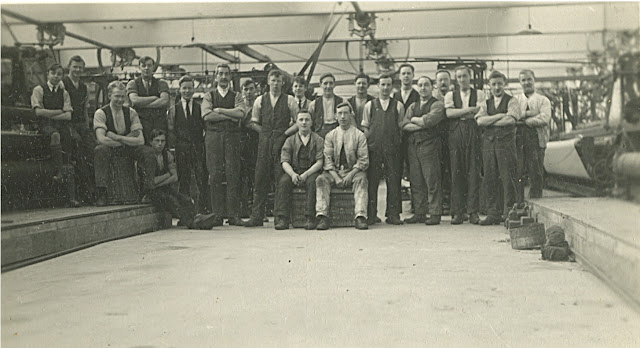 Bryan   I am enclosing some photos of Porritt's, Sunnybank Mills In response to the comments on the facebook page regarding the Commemorative Plate. I spent a lot of time in the mill when I was young as both my Mother and Father worked there Jim and Dorothy Wise.  My mother was in the felting  room and my dad worked in the mill bottom his fellow workers in there was Tom Watson, Alan Nuttall, Walt Rose Tom Bottoms Jack Davies, Bill and Eddy Stott, Stan Robinson, Alan Anderton and I think Dennis Warburton I might be wrong on the first name.  He had a brother called Golding as an aside his Reliant Robin was washed away in the 60's flood.

In the felting room the foreman was Tom Green.
Also working there at this time
Fire Beaters were Bill Rushton and Tommy Armstrong
Engineer was Frank West
Joiner was Sam Edgerton
Blacksmith was Vincent Cribe spent hours watching him shoe the horses that were used to transport the wool from Bridge End Mill and the station to the works.

Derek I think one of the Electricians when you were there was Eddie Wilkinson
Lorry driver was Bill Fitton.  Two of my friends Lawrence Barlow and Eric Henderson worked in the Weaving Dept. My Aunty Amy Graham was canteen manageress.
It was good to hear people from my youth replying to article.
Dave Wise 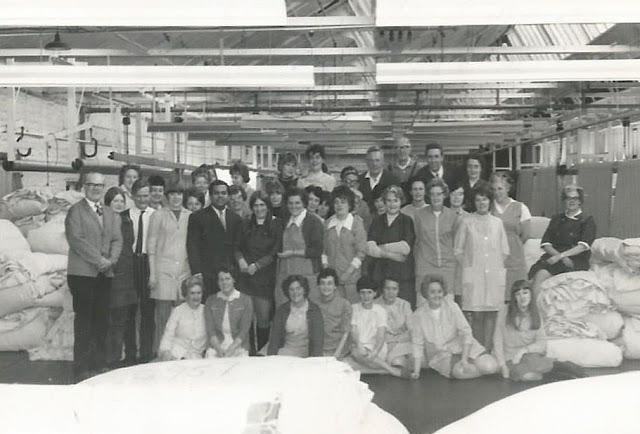 Porritts and Spencers - Finishing Roof (Click over to enlarge) 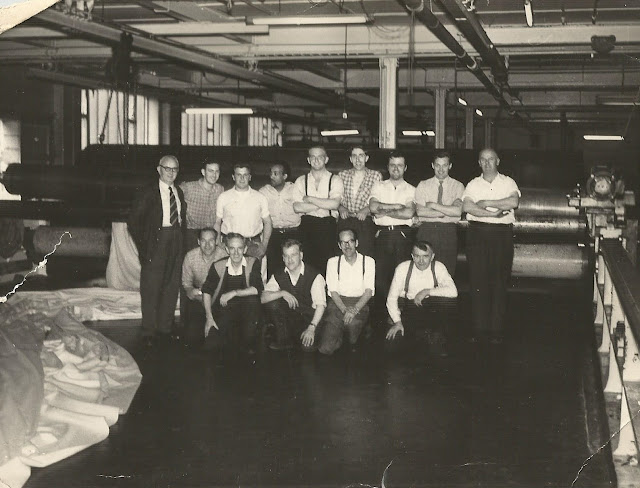 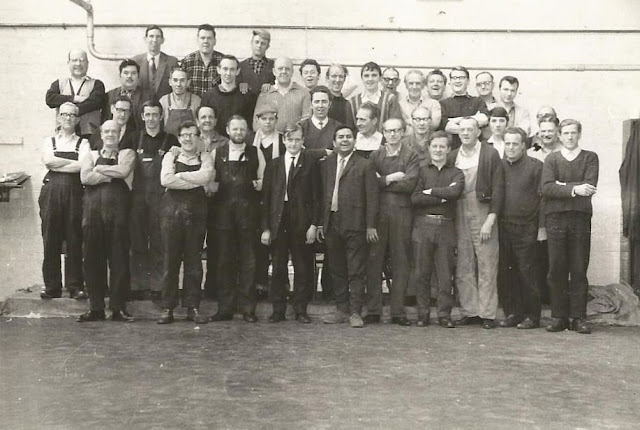 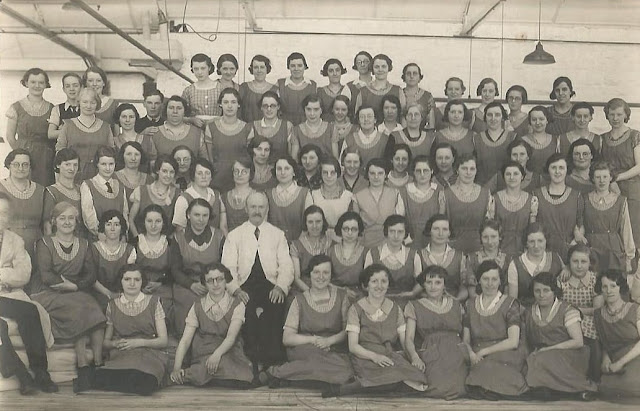 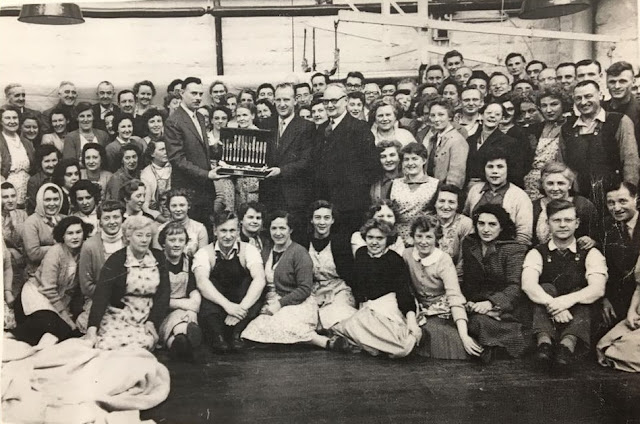