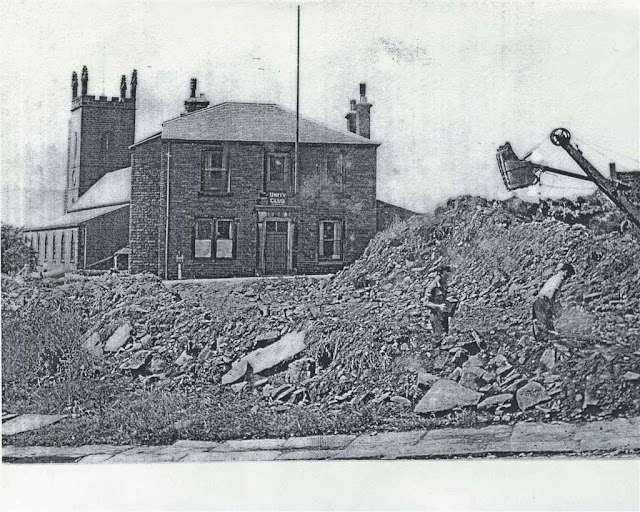 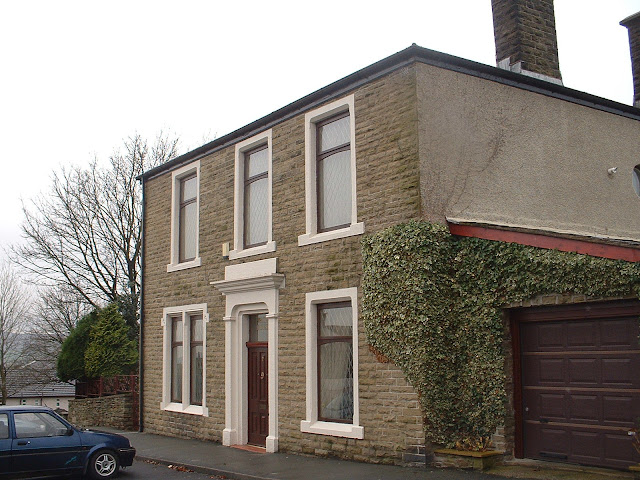 This is were they held regular events for the Rabbit Club which showed both
Rabbits and Cage Birds
in the Unity Club, Church Street, Haslingden.
I took this photo back in 26th November 2003, showing as a private dwelling called Rake House.

I can remember attending a Rabbit Club event here during the mid 50s and you went up a staircase to the upper rooms were all the rabbits were on display and ready for the judges. 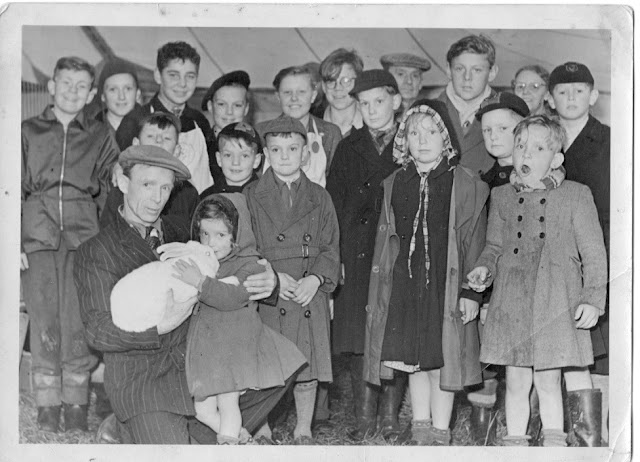 This is a photo taken of a Rabbit Club event held in a marquee at St. Peters
during 1952 to 1953.
Photo: Kindly shared to us by Brian Metcalfe

In the photo: at the front holding the rabbit is Mr. Norman Knight with his daughter June, also I can recognize Norman Knight jnr (midway on the back with glasses) with Mr. Waddington to his right hand side with flat cap. On the front of the photo it shows Judith Knight and her brother John to the front right of the photo.